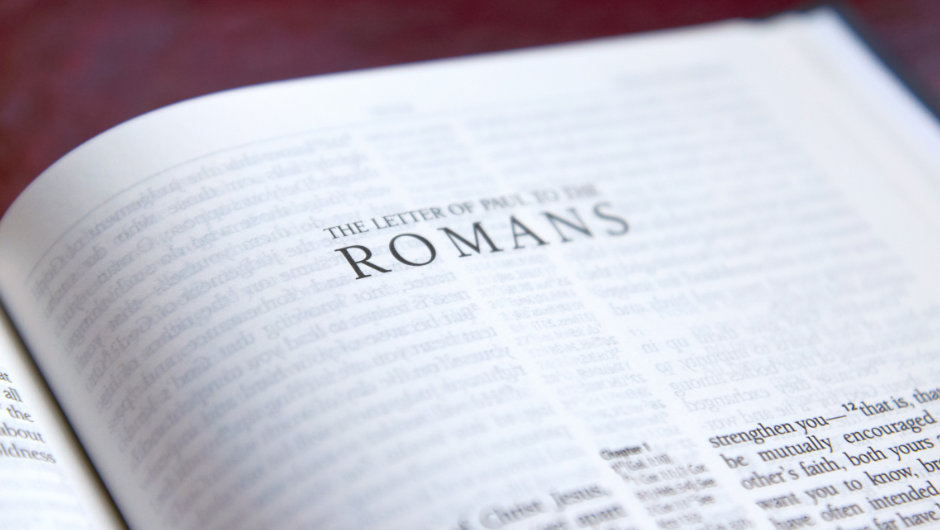 Rome was the capital of the Roman Empire, from which the Romans ruled, but the Apostle Paul did not visit until the end of his life when he was under house arrest, awaiting trial. From details in the book of Acts we can guess that this Letter was written between AD 56-57 and before he had visited the church.  We know from 15:26-28 that Paul has just completed collecting money from Macedonia and Achaia for the poor believers in Jerusalem.  This is after Paul left Ephesus on his third missionary journey.

Paul clearly knew many of the church members who seem to have travelled from other places where Paul had met them (see his greetings to named believers in 16:1-23).  He was probably in Greece when he wrote the Letter, most likely in Corinth.  We know that Phoebe of the town of Cenchrea which is close to Corinth, was the letter-bearer (16:1-2).  We also know that Gaius, who was Paul’s host in Corinth (16:23), was a prominent Christian leader there (1 Corinthians 1:14).  According to some details in 16:5 Christians in Rome probably met in houses in the city.  Most were Gentiles but some came from a Jewish background.

Paul had done a lot of church planting in what is now western Turkey (known then as Asia), and then wanted to travel west, towards Spain.  He needed a base for that journey and hoped that the Roman Christians would partner with him in the next phase of his mission.  However, the letter suggests that there were some problems in the church in Rome.  It seems that there was quarrelling between the Jews and Gentiles (14:1-15:7).  Some were suspicious of Paul and his mission and therefore he wrote to urge them to understand and join his mission (15:30-32).  Paul’s method was to explain the gospel which declares we are all the same in our sin and guilt, saved by the same gospel, through the same faith in the same Christ, with the same hope.  Note how many times in chapters 1 to 5 Paul explicitly refers to Jews and Gentiles (eg 1:16, 3:22, 29). Many think that Paul’s Letter to the Romans provides the clearest and fullest explanation of the Gospel of Jesus.

Paul’s purpose, however, was not merely to explain the gospel but to see the church shaped by the gospel.  Jews and Gentiles needed to see each other as God saw them.  That would remove pride and division and enable them to accept each other, value each other, learn from each other (and not least the Jew’s history in the Old Testament), serve together and embrace the global mission of Paul to Jews and Gentiles.

Some appeared to misunderstand Paul’s apparent rejection of the Old Testament as making Christianity too easy.  Others struggled with Paul’s call to costly holiness.  Paul makes it clear that godly behaviour flows from God’s goodness and grace in Jesus.

Sin and judgement are not popular ideas but are covered in some depth in Romans and are crucial to a right understanding of the gospel.  Sin has self in the centre.  The Letter explains that sin separates everyone from God and exposes everyone to His wrath.  In this letter Paul addressed what happens to those who did not have God’s law (2:12-16).  He explained that people’s own conscience can tell them what is right and what is wrong.  It does not mean they will make the right choice, but it helps us understand that God is at work in everybody that those who reject Him deserve God’s punishment.

How can I be saved? - Gospel and grace

Thankfully, God has a wonderful solution through the life, death and resurrection of Jesus.  He pays the penalty for sin and provides the righteousness we lack so that believers may go free.  Around 500 years ago, a monk named Martin Luther found that however much he tried to be good and do the right thing, he felt guilt and shame.  While reading Romans, and understanding the free gift of God through Jesus, he realised that salvation could not come through good works but only by faith.

How can I change?  - One with Christ

Paul imagined people saying, ‘if it is all grace, then does it matter how I live?’ In chapters 5-8 he explains how being united in Christ means not only that we can change, but that we will change!  We are now alive in Jesus (ch 5), slaves of God (ch 6-7) and indwelt by the Holy Spirit (ch 8).  It is God, Father, Son and Spirit who changes us from the inside out and one day that will be completed in the New Creation (8:18-30).

Is God really in control? - Suffering and glory

Living with God can be tough, so it is good to remember that He is with us in it.  This Letter has some wonderful passages reminding us that nothing can separate us from His love (8:18-30), even if we sometimes feel He is far away.  We learn to focus on the Word of God whether we understand it or not.

What is God’s will for my life? - Humility and love