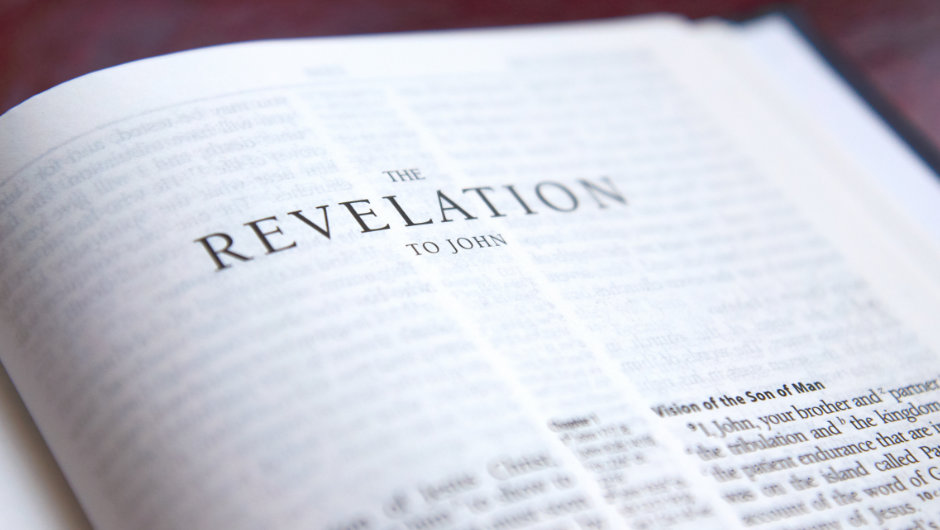 This unusual book is a description of a series of revelations given in pictures, with accompanying direct narrative from the ascended Lord Jesus Christ. It look ahead to the future of the church and the world - until Jesus comes again and unveils the new heavens and new earth.

The author has often been presumed to be the Apostle John, a disciple of Jesus, author of John’s Gospel and the Letters of 1, 2 and 3 John. However, the writing style is very different and does not easily link with the Apostle John’s writings. What we do know is that the John who recorded this book, called John the Evangelist by some, was on a prison island called Patmos because of his faithfulness to Jesus.

Revelation is a letter to seven churches in the province of Asia (part of modern-day Western Turkey) who were undergoing a period of persecution (1:4). We do not know when it was written. Although some argue for a date during the reign of Nero (around the late 60s AD), it seems a much later date (around AD 95) is likely when persecution was more widespread and severe.

It is a unique style of literature amongst the books in the New Testament. Much of it is in a style known as apocalyptic writing which looks forward to a momentous struggle between Satan and his worldly agents, and the Lord and His church, leading to the end of the world as we know it. It is John’s description of the pictures revealed to him packed with images, symbols and numbers - some of which are easy to understand, and some are not. The symbols and numbers and cartoon-like images would have been well understood by its readers but have led to confusion and speculation. When it is vitally important to know what a picture means John gives us the meaning (eg 1:20, 4:5, 5:8, 7:13-14).

Perhaps the key to understanding the book is to know that although there is no direct quote from the Old Testament, there are over 600 references to Old Testament events or narratives. For example, Revelation 1:12-17 is based on Daniel 10:5-12. When Revelation’s first readers came across thunder and lightning (4:5), they would think of Mount Sinai (Exodus 19:16); when they read trumpets (8.7), they would think of temple worship (Leviticus 23:24); and locusts (9.3), would bring to mind the judgment and restoration in Joel 2:25. The vast majority of references to the Old Testament are from seven books: Exodus, Psalms, Isaiah, Jeremiah, Ezekiel, Daniel, and Zechariah.

All of the seven cities mentioned in Revelation chapters 1-3 had altars to the emperor and a system of imperial priesthoods (in addition to temples dedicated to mythical pagan deities), and at least three of them had imperial temples at the time. The Empire did not force people to worship the emperor. However, there was great pressure for each city to show its loyalty to Rome and to whichever Caesar was ruling at the time. The worship of the emperor and other gods was an integral part of political and civic events, the meetings of professional guilds and trade associations. Christians who refused to do so would stand out and would find it very hard to work and trade.

Revelation makes use of numbers in a particular way. In Greek, as in Hebrew, the written language does not have numeric characters. Instead, alphabet characters are used, each having a numeric value. So, the alpha-numeric values of the words ‘the beast’ is the same as ‘Nero Caesar’ since both add up to 666 (13:18).

The number of times a word is repeated also has a significance. So, ‘Jesus’, the faithful witness, occurs 14 times (= 2 x 7) - 7 being the ‘number of perfection’, and Deuteronomy 17:6 calls for at least two witnesses to establish truth. The number 12 symbolises completeness (12 tribes, 12 apostles). Sometimes 12 is multiplied by 12 or by 1000. 144,000 therefore symbolises the enormous, but complete number, of God’s people from all time.

Although various Christians have interpreted the book very differently, it seems most helpful to appreciate that Revelation is not written as a detailed chronological account of the time up to Christ’s return. Each series of seals, trumpets, signs, and bowls relate to the whole of the future period until the Second Coming from different viewpoints and with escalating intensity.

The book of Revelation is Christ’s unveiling of the future. In Revelation we see what Jesus is doing now and what He will do when He comes again. We are shown behind the scenes of the future, up to and beyond the end of the world, when Jesus is finally seen to be victorious - even though persecution will increase to almost unbearable heights. The first readers needed to keep worshipping and obeying Jesus and not be bullied into worshipping the emperor.

This book helped Christians going through Roman persecution to be confident in Jesus, who will ultimately be universally recognised as Lord of all. Throughout the book we are reminded that Jesus is victorious, and Rome (known as Babylon) and every human empire will fall. The King of heaven will reign supreme.

The beginning (1:3) and end (22:7) of the book specifically promises a ‘blessing’ to everyone who reads and ‘takes to heart’ what is written in the book.

Although much of the book describes the foolish wickedness of worldly power against Jesus and His people, the focus is always on Jesus - the Saviour King and Bridegroom of His church.

Revelation is full of Jesus. You will see His majesty power over everything. Someone found titles or allusions to Jesus appear 49 times in chapter 1, 39 times in chapter 2, 49 times in chapter 3. He is described as the Creator, the Eternal, the Almighty, the God of heaven, the Lion of the tribe of Judah, the Root of David, the Lamb - both the sacrificial Lamb and the conquering Lamb - the Bright and Morning Star, the Holy One, the Key of David. Altogether, nineteen descriptive names of Jesus appear within the book.

Christians have been persecuted throughout history and have drawn comfort from the reminders that one day all will be well. The wicked and Satan will be dealt with, and God’s promises to His people fulfilled: no pain, mourning or dying. We await God’s glorious solution when Jesus returns.

Christians have interpreted the book in different ways. But like all prophecy, which has an immediate and future context, chapters 4-22 are concerned with both the then Roman Empire and also every era until Jesus returns. There is a clear picture of the very end of time when Christ comes in glory to bring in new heavens and a new earth (7:14-17, 11:15-18, 14:1-3, 21-22). It is the most powerful picture of the future in the whole of the Bible. It provides peace and reassurance that the God who has been faithful in keeping His promises throughout history until now will, one day, vindicate the patient faith of His people who have continued to trust Him despite very difficult circumstances.

In times of persecution and personal difficulties, how should we live each day as we trust Jesus and look forward to His return? Chapters 2-3 are full of practical application as Jesus tells us what He loves to see, and is sad to see, in His church. Keeping true to Jesus is the essence of the Christian life, even if it costs us our lives. We are to live holy and loving lives, free from idolatry and immorality, trusting in Jesus who died for us (7:14, 12:10-12). The end of the book reveals the glorious future for all who are looking forward to meeting Jesus – a great encouragement to keep going right to the end.