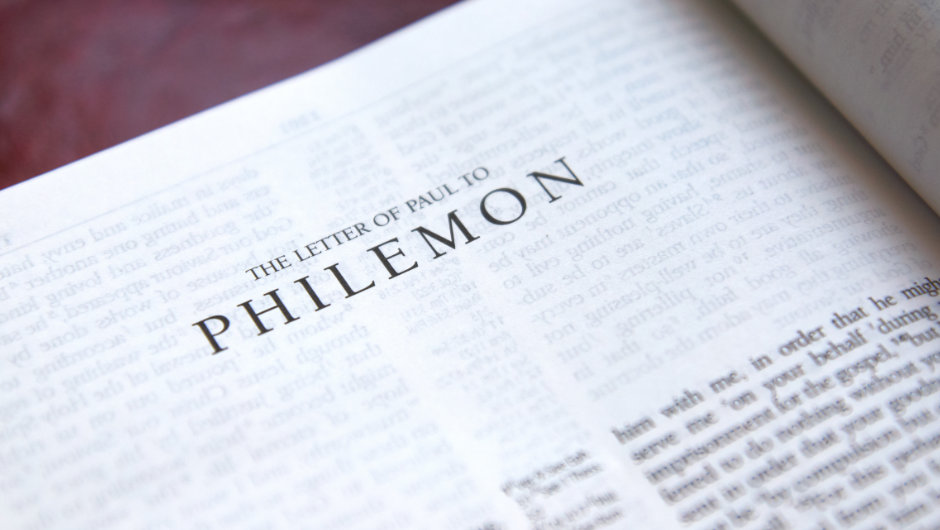 The Apostle Paul wrote a personal letter to his friend, Philemon in Colossae. Philemon’s slave, Onesimus, had run away and met Paul who was in prison in Rome (AD 59-61). It is the shortest of all Paul’s letters.

This letter to Philemon was sent at the same time as the letters to the Colossians and the Ephesians.

Philemon had become a Christian through Paul’s ministry, possibly in Ephesus, and became part of the church in Colossae (v19), although Paul had not yet been to Colossae (Colossians 1:4; 2:1) which had been founded through the ministry of Epaphras (Colossians 1:7).

Onesimus had run away from Philemon, stealing his money, and headed for Rome. Onesimus became a Christian through Paul, while Paul was in prison, where perhaps Onesimus was as well (v10).

Slavery in Roman times was common and formed around 30% of the population (some 2-3 million in the Empire). It was not pleasant, but not the same as some slavery in recent centuries. Slaves might have a profession, and in some cases could be paid enough money to earn their freedom. But commonly, runaway slaves would be tortured or even executed. The role of the apostles was primarily to preach the gospel, form churches and teach them how to relate in a godly way. They did not champion social causes but taught the principles that would challenge the concept of slavery.

Paul urged Philemon to welcome back the runaway slave and to honour him as ‘a brother’. He even offered to pay Philemon for anything that Onesimus owed him (v17).

The challenge to forgive

The letter to Philemon is a model of gracious communication. Paul urged Philemon without commanding him, even though as an apostle he could (v8-10). It shows us how our fellowship in Christ is to impact even the most difficult relationships (v17-21).

It reminds us that if we have been forgiven by Jesus, we should be forgiving to others (Matthew 6:14). This may take time and we may need help from others to deal with any bitterness. But it is possible and vital if we are to grow in our relationship with God.

This letter is full of references to the family-nature of a church: brothers and sisters (v1, 2, 7, 16, 20) fathers and sons (v10). We become a family through the gospel, so that even slave masters and slaves are brothers: we are all to live and love as the family of God. This congregation in Colossae met in a home (v2) as seems to be the case for many New Testament churches. Churches are not institutions or buildings but expressions of the family of God where we show one another the love of God, and it is moving to read of how close the Apostle Paul became to a runaway slave (v12-13).

God is bigger than the worst circumstances

It was wrong of Onesimus to run away and rob his master. But God worked through those bad things to bring about good things, as Paul reminds Philemon (v15-16). God is in control of everything that happens to us and He is always at work to bring about better things (Romans 8:28) – even when we cannot recognise them at the time.