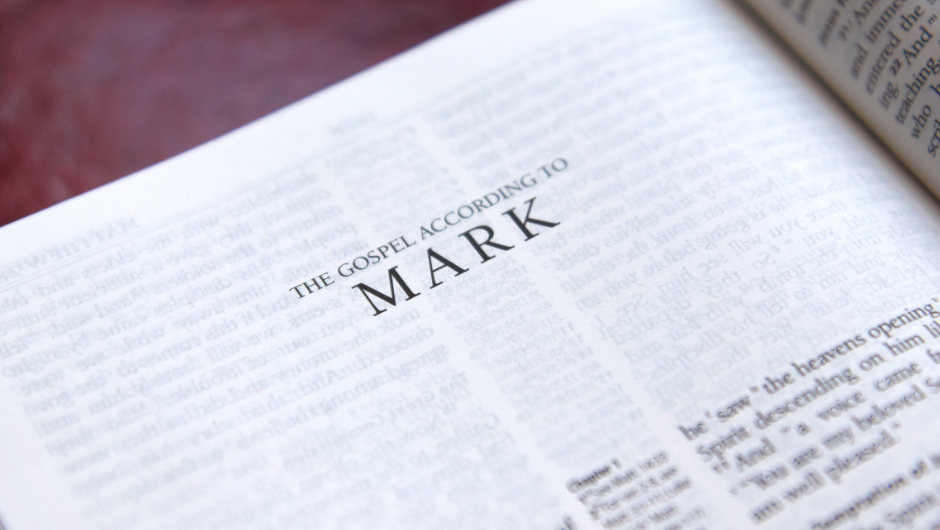 Mark, the author, is also known as John Mark. It is likely that the early church used his mother’s house (Acts 12:12) as a base. Many think that he is the young man who fled naked when Jesus was arrested (14:51-52).

His cousin was Barnabas, one of the first missionaries. Mark travelled with Paul and Barnabas on their first missionary journey (Acts 13:4), but Mark returned to Jerusalem before completing the trip (Acts 13:13) and later accompanied Barnabas to Cyprus (Acts 15:37-39).

It is thought that Mark was the first of the Gospels to be written, and that Matthew and Luke were aware of Mark’s Gospel and used part of it within their own Gospel accounts. It seems that Mark’s Gospel owes much to the Apostle Peter’s memories and insights. Mark met Peter in Rome in the early 60s AD, if not before, and was with Peter around AD 65 (1 Peter 5:13). Indeed, Peter calls him ‘my son’ indicating a mentoring role over a period of time.

All the Gospels begin by linking back to the Old Testament. Mark does so by telling his readers about Isaiah’s prophecy of John the Baptist who would announce the arrival of Jesus (1:1-3).  Mark primarily wrote to Gentile Christians, probably in Rome, where he was living at the time. This explains why Mark described Jewish customs (7:2-4; 15:42) and translated Aramaic words (3:17; 5:41; 7:11, 34; 15:22, 34).

Many of Mark’s first readers were Christians in Rome who faced persecution. This became fierce around AD 64 when Emperor Nero blamed Christians for the fire in Rome. Indeed, Mark may have written the Gospel around the time of Peter’s execution around AD 65-67. A third of Mark’s Gospel focuses on the last week of Jesus’ life leading to His crucifixion and resurrection. The Gospel tells us that following Christ may also mean following Him into suffering.

Mark’s Gospel is by far the shortest of the four Gospels and can be read in just two hours.

There are two key themes in Mark’s Gospel: Serving and Suffering. They help us understand Jesus and His mission: our faith and discipleship.

Mark urges us to believe that Jesus is the Son of God. Jesus’ call to us is summed up in 1:15, “Repent and believe the good news.” Jesus’ whole life was lived serving His people, and He is the model for true disciples today.

Jesus is not only seen as a servant but as a suffering servant even though He is the King. One of the key verses is 10:45 ‘For even the Son of Man did not come to be served, but to serve, and to give his life as a ransom for many’.

Peter’s words in 8:29, ‘You are the Messiah!’ are the turning point in the Gospel. Peter is beginning to grasp the identity of Jesus as Israel’s true King, but did not understand that to fulfil His kingly mission He had to suffer and die (8:31-33).

Ministry in Galilee: Who Jesus is

The Passion and the cross: Why Jesus came