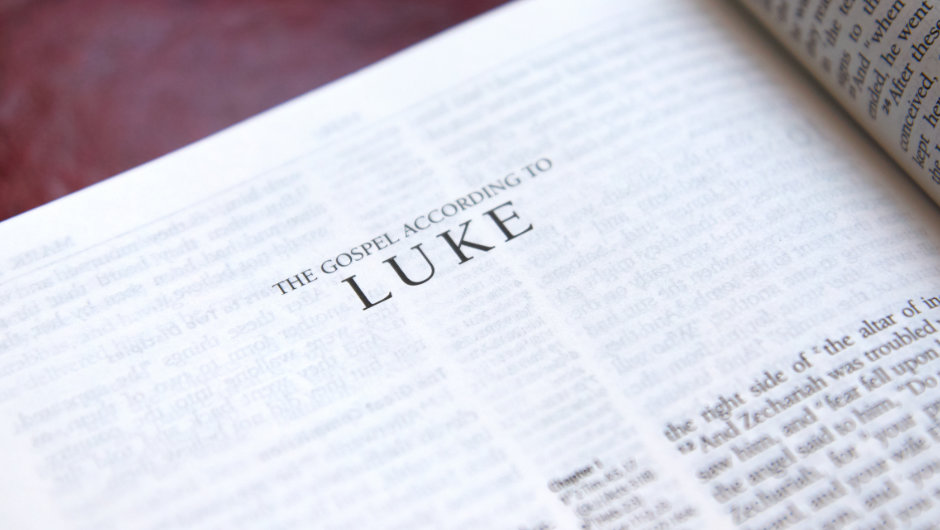 Luke’s Gospel is the only Gospel that is part of a two-volume work. The second volume is the book of Acts.

Luke is almost certainly a Gentile believer, who indicated that he travelled with the Apostle Paul (Acts 16:10-17; 20:5-15; 21:1-18; 27:1–28:16). Some have suggested that he came from Troas, since the passages where Luke uses ‘we’ in the book of Acts, begin in Troas suggesting that Luke joined Paul and his friends there. He is described as a doctor (Colossians 4:14) and this fits with his careful descriptions of medical issues. He related the events around the pregnancies of Elizabeth and Mary, which perhaps points to an author with medical understanding.

Luke’s Gospel is the only one that is addressed to an individual, a man named Theophilus. He is called ‘most excellent’, a title often used for a Roman government official or lawyer. Luke wanted Theophilus to know with certainty that the Christian faith is based upon evidence that Luke had researched from eye-witnesses (1:1-4).

However, Luke intended that the Gospel should have a wider Gentile readership than just one individual.  It is certainly written in a way that would help Gentiles, unfamiliar with some Jewish terms, to make sense of the events surrounding the life of Jesus.

To determine the date of Luke, we need to take into account the date of Acts, the second volume. It would seem from the end of the book of Acts, that Paul was still awaiting a trial. If Paul was released, as seems likely, and was eventually executed in the mid-60s AD, Acts was probably written around 62AD. So, Luke would have been written before then, if not around the same time.

Luke was committed to investigating the facts concerning the life of Jesus from eye-witness testimony. We can be sure that our faith is based on actual events, and in particular, the resurrection of Jesus.

The four Gospels each have a particular emphasis.  Luke presents Jesus as the Son of Man, who was rejected by Israel, and offered to the Gentiles as the Saviour of the whole world.

Focus on the Holy Spirit

Many parables that Jesus told only appear in Luke; perhaps best known are the Good Samaritan (10:25-37) and the Prodigal Son (15:11-32).  Parables were designed to stimulate the disciples into asking their meaning.  It was Jesus’ method of teaching about God’s kingdom and how to follow Him. They are similarly helpful for us.

Focus on the death and resurrection of Jesus

The turning point in the Gospel is found in 9:51, ‘As the time approached for him to be taken up to heaven, Jesus resolutely set out for Jerusalem’. The rest of the Gospel is concerned with Jesus’ journey to Jerusalem and His trial, execution, and resurrection. In his opening words Luke wrote about “the things that have been fulfilled” (1:1) explaining that God’s plan to save the world was promised in the Old Testament and fulfilled by Jesus.  The Gospel ends with Jesus telling His disciples how He has fulfilled all God’s promises and plans (24:45-49).