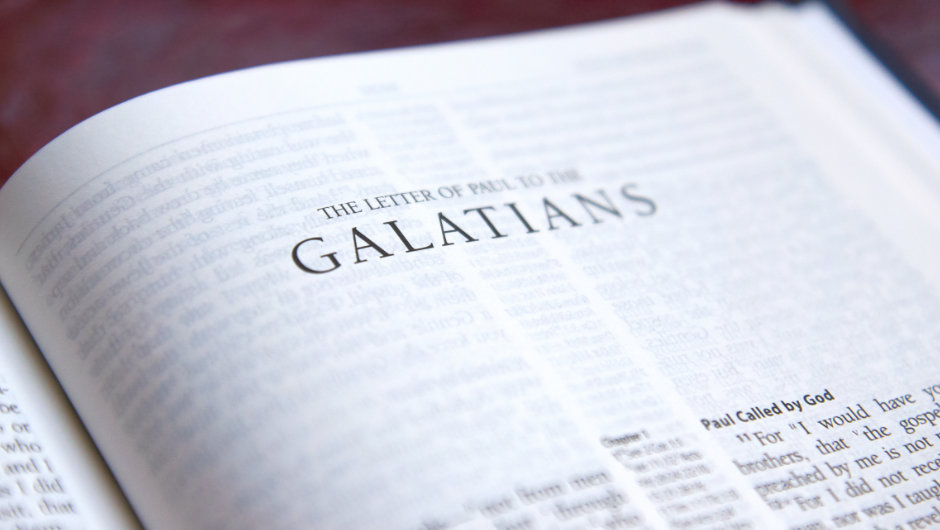 This letter, to the Christians in Galatia, is probably one of the earliest Paul wrote. Galatia is a large area in the eastern part of modern-day Turkey some 500 miles from north to south. Most scholars believe the letter was written to the churches which Paul had helped plant in south Galatia: Psidian Antioch, Lystra, Derbe and Iconium (Acts 13:14-14:23). These towns are not far from Tarsus, Paul’s home-town to which he returned after meeting Jesus on the road to Damascus (Acts 9:30).

The main issues that Paul addresses in the letter are mentioned in the book of Acts, which tells us of Paul’s travels and the formation in the early church. Paul focuses in his letter on whether Christians from a non-Jewish background need to keep the Old Testament ceremonial law, in particular the practice of circumcision. This was discussed by the church leaders in Acts 15, known as ‘the Council of Jerusalem’. As non-Jews were coming to trust in Jesus, the leaders decided that these new converts need not be circumcised. They agreed with Paul’s conclusions, and probably meet after this letter, which many say was written around AD 49.

Paul was concerned that the Christians in Galatia were in danger of being pulled away from true faith in Christ (1:6). He wrote to admonish them, explaining why they were wrong to do so, and how they should be living as Christians. He explained why they should listen to him, as an apostle called by God and commissioned by Jesus (1:1), and how his interpretation of the Old Testament is the right one because he received it personally from Jesus (1:11-24). He wanted them to realise that the law, which included the practice of circumcision of male boys, was important in the time of the Old Testament. But it was only a temporary picture which is no longer needed. In particular, he wanted them to understand that we are saved only by faith and not by what we do. Now that Jesus has come and the Holy Spirit has been given to His followers, the Old Testament ceremonial law is redundant. Under the new covenant (testament), we trust in Jesus as the one who kept the law fully and we are freed to live by the Holy Spirit.

Knowing what matters: Faith alone from beginning to end

Paul’s language is very strong in this letter (1:8, 3:1) and his tone may seem quite harsh, but this is because it is essential to have a right understanding of doctrine (4:8-20). Paul was willing to oppose the Apostle Peter, accusing him of hypocrisy at one point (2:11-14), because salvation depends on faith alone, and not on our religious rites or good works. Paul taught that the message of the cross is not the message of circumcision (6:14-15), since Christ has done all that is necessary for us to be saved. If we add anything to this message, we destroy it.

Knowing your place in God’s purposes: Children not slaves

The letter helps us to understand the place of the Old Testament law in the Bible. It shows us the character of God. Now that Jesus has fulfilled all the law, we do not need to practice the ceremonial rites of the Old Testament as slaves. Instead, we are called to trust Jesus and ask His Spirit to lead us to live in ways that please God, as His children. The Spirit will naturally lead us to do the good things that the law required, but we do good from hearts that are being changed by God, not because we fear failing.

Knowing how to change: The power of God’s Spirit

One of the big issues was the Galatians’ failure to realise that God’s power is needed to live the Christian life (3:1-6, 5:1-12). They wrongly thought that good works of law-keeping and circumcision were essential to please God. They failed to realise that God, by His Spirit, is committed to helping us live to please Jesus; and Paul used the picture of fruit to demonstrate God’s organic growth in us (5:13-26). Just as fruit will grow in at the right time if it is nourished by its attachment to a healthy tree, the fruit of character will grow in us, as we stay close to God and co-operate with His Spirit’s work in us.