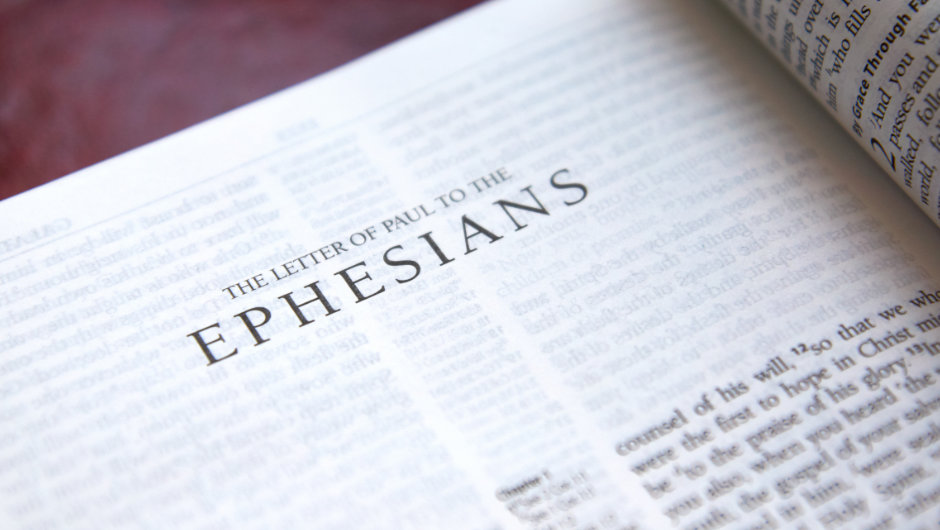 We know more about the church in Ephesus than any other New Testament Church. Ephesus was the second largest city in the ancient world, with 300,000 inhabitants. It included the Temple of Artemis (or Diana, according to her Roman name) which ranked as one of the Seven Wonders of the Ancient World. The city became a good base for Paul’s missionary work. In Acts 19:8 we read that he went into the synagogue there and spoke boldly for three months, arguing persuasively about the kingdom of God. That was around Spring AD 52. He later taught in the school of Tryannus, in Ephesus, for two years. Luke records as a result, ‘all the Jews and Greeks who lived in the province of Asia heard the word of the Lord.’ (Acts 19:9-10).

In Acts 20 we read that some years later Paul sent for the elders of the church at Ephesus to warn and encourage them. Paul wrote two letters to Timothy in about AD 62-64, while Timothy was in Ephesus dealing with false teachers (1 Timothy 1:3). At the end of the New Testament, Jesus dictated a letter through John to the same church (Revelation 2:1-7) in which we learn they had dealt well with false teachers but had lost their love for Jesus.

The Apostle Paul probably wrote this letter during a two-year prison stay in Rome (AD 59-61), towards the end of his life - maybe at a similar time to his letters to the Colossians and Philemon. The wording in Ephesians 6:21-22 and Colossians 4:7-8, explains that Tychicus acted as the postman, delivering all three letters. The Ephesian letter was probably intended for other churches in what is now known as western Turkey as well as to Ephesus (the place name ‘Ephesus’ (1:3) is not found in some early manuscripts).

The letter to the Ephesians is all about what it means to be God’s church. It tells us how and why God created the church, how God uses the church … and therefore how we should live as the church. But being God’s church in Ephesus was difficult. There were false teachers, persecution, and a culture where many used charms and magic and evil spirits (Acts 19:13-19), which may explain why Paul ends the letter teaching how the church fights spiritual battles (6:10-20).

Know who you are

The way Paul divided the letter gives us a clue to how we need to think about the church. The first half (chapters 1-3) teaches us who we are as Christians: we are God’s chosen people. We are Christians because of God’s unmerited favour (grace), and adopted into God’s family. Paul tells us that we have been raised to life and reconciled to God and each other. We were dead and far away from God but now we are alive and members of His family. Living as a Christian is about being who you are. We do not live holy lives to become God’s people, but because we are God’s people. A church is a new community in Jesus that grows together in love because of Jesus!

Know why you are here

Why are you here? Why does God not take His people straight to heaven? In the first half of the letter (chapters 1-3) Paul explains that our purpose now is to bring Him praise and glory. Look at how many times Paul says it in chapter 1 (v3, 6, 12, 14). This has always been God’s plan as Paul says in chapter 3 (3:10-11) and this gives the greatest purpose to our lives. In chapter 4, Paul begins to explain how we should live in order to show the worth of our God, and to worship Him. Our whole lives are to be an act of worship declaring how wonderful God is (4:1). Look for this purpose in chapters 4-6. Living for God’s praise changes the way you live, love, suffer and serve.

Know how you should live

In the second half of the letter (chapters 4-6) Paul teaches how Christians should live - in the church, in the home, in the workplace, and in all relationships. God has raised us to new life in Christ and therefore we should live in a new way, with new love, new purity, new words. Instead of living for ourselves we are to serve others. In everything the pattern is Jesus. Look out for His great example in chapters 4-6. For example, how we forgive (4:32) or how husbands and wives are to love each other (5:21-33).

Know how much you need God

There are three sections to this letter (see the outline) and each part ends with prayer. The three prayers (1:15-23, 3:14-21, 6:10-20) teach us about Paul’s heart for the church and teach us much about how to pray. We are to pray that we know God better and have more of His power to show God’s love to others. We are in a spiritual battle. Our enemy is clever and dangerous. But we are to fight spiritual battles by standing firm in God’s strength and stand firm on God’s truth (6:10-20). If we rely on God’s power through prayer (6:10-13, 18) and declare God’s truth from His Word, the Bible (6:14-17, 19-20), the devil’s schemes will be defeated, and God’s purposes will be seen and Jesus will be praised!