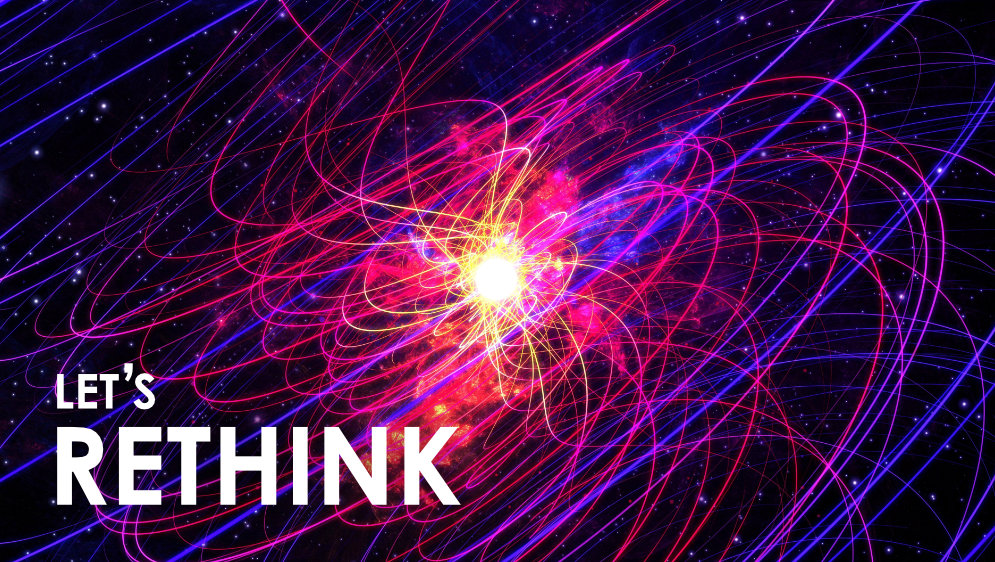 The discovery of the Higgs Boson has been hailed the “most important scientific discovery since Einstein’s theory of relativity”. Professor Higgs from Edinburgh University postulated the ‘primitive particle 45 years ago. He believed that the universe started with a huge explosion of energy and that some of the energy was condensed into primary matter. Such a primary particle has now been discovered during experiments designed in Edinburgh and Glasgow, and performed in the Large Hadron Collider in tunnels under the French-Swiss border.  Popular media have called it ‘the God Particle’.

What are we to make of all this? Well, most of us will not be able to grapple with the physics; nor will the newspapers. However, everybody has got a view about God (He either exists or He doesn’t etc). But having a view about God is very different from knowing Him - that privilege is only given to those who believe in the Lord Jesus Christ and submit their lives to Him. Those who don’t know God are either content for Him to be a distant mystery, or they want to control Him somehow.

So, the faithless argument about the Higgs Boson goes a bit like this: we have discovered the primary particle of matter from which everything else can be derived … therefore, with a bit of scientific manipulation, we can recreate everything in our world … so God is not the unique creator … so God either doesn’t exist or is totally irrelevant because we can now control our own destiny.

Of course, that seems crudely cynical and the popular press has not yet voiced it, but that is what lies behind the pseudo-scientific excitement. It is just the kind of thing which scientific atheists would love to cite as ‘evidence of God’s non-existent irrelevance’. But what is the truth of the matter? Well, the concept of truth is a problem!  In science, you set up your theory (what you believe to be the truth) and then search for evidence to prove you are right. So, if you believe there is no God or that He is not supreme and is not the Creator, then anything which appears to support that view is ‘the truth’.

But, in fact, truth is much bigger than our ideas. Truth is what is revealed by God, because He is truth!  Even if the Higgs Boson does prove to be a link between energy and matter, a much larger question still remains: where did the energy come from in the first place!? The physical law of entropy (repeatedly proven and never brought into question) is that energy cannot be created by itself. Yes, matter may be converted into energy, and energy may be converted into matter; but without something there to start with, you cannot create energy or matter from nothing.

Hebrews 11:1-3 says “Now faith is being sure of what we hope for and certain of what we do not see. This is what the ancients were commended for. By faith we understand that the universe was formed at God's command, so that what is seen was not made out of what was visible.”

The Higgs Boson is not God.  It may be part of His creation, but in order for it to get there, God created ‘ex nihilo’ … out of nothing!