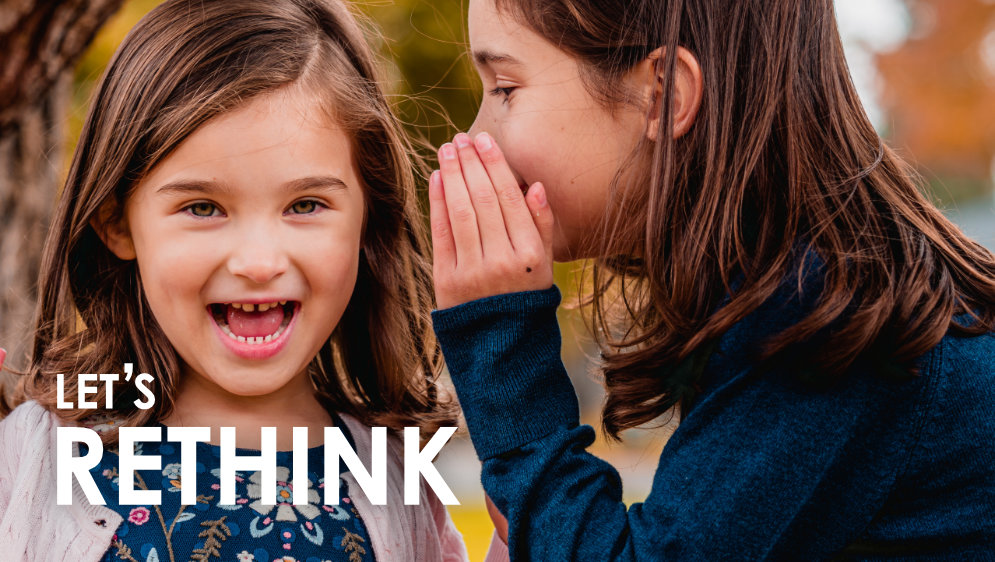 “Give us the gossip, then!”  “Well, have you heard …?”  “No, tell us …!”  Such conversations take people down an unstoppable escalator to a dark underworld where truth and lies, right and wrong, become confused as somebody else’s private lives are dissected in shady clubs.  And they get pleasure out of it.

Not only pleasure, but a sense of power and control.  When you know something about somebody else you can manipulate the way other people think about them.  It is a bizarrely perverted style of abuse.

Glossy magazines and newspapers make a lot of money out of it.  The current never-ending phone hacking saga is based on the currency of gossip whereby those who know it first can make money out of those who want to know it next.

And why should we have the right to delve into other people’s private lives?  Only if we think we can get something out of it.  There are laws on copyright and intellectual property simply because society knows it is wrong to take something from somebody else and use it without their permission.  There are laws on burglary because it is wrong to take something which belongs to somebody else.   So if it is wrong to steal somebody’s laptop, why is it right to steal private information and use it for your own pleasure?

Alas, gossip has become an art form for some.  But the truth is that gossip is evil even if it is spread by Christians.  It betrays confidences, it ruins friendships, it creates a culture of distrust, it robs people of their dignity, it distorts their integrity, it magnifies their weaknesses and destroys their reputation.

Of course, those who profess to be loving Christian friends would never dream of gossiping.  Instead they say, “Have you heard … I’ll only tell you … it’s so sad isn’t it … I’m only sharing it for prayer …”.  Instead they should say nothing.  Almost without exception, those who request prayer do so on a confidential basis.  Their private lives are not common currency.

Human nature is geared up to delight in gossip and therefore those unsanctified parts of our lives will easily respond to the offer of gossip and the opportunity to pass it on, but it is evil.  Examine these verses:

Proverbs 11:13 “A gossip betrays a confidence, but a trustworthy man keeps a secret.”

Proverbs 16:28  “A perverse man stirs up dissension, and a gossip separates close friends.”

Proverbs 20:19  “A gossip betrays a confidence; so avoid a man who talks too much.”

Proverbs 26:20  “Without wood a fire goes out; without gossip a quarrel dies down.”

St Paul’s description of the pagan world includes gossips:  Romans 1:29-30 “They have become filled with every kind of wickedness, evil, greed and depravity. They are full of envy, murder, strife, deceit and malice. They are gossips, slanderers, God-haters, insolent, arrogant and boastful; they invent ways of doing evil; they disobey their parents…”

He had already heard of the in-fighting in the Corinthian church which included gossiping:  2 Corinthians 12:20  “For I am afraid that when I come I may not find you as I want you to be, and you may not find me as you want me to be. I fear that there may be quarrelling, jealousy, outbursts of anger, factions, slander, gossip, arrogance and disorder.”

He warned Timothy about those who had no purpose apart from meddling in other people’s business 1 Timothy 5:13  “Besides, they get into the habit of being idle and going about from house to house. And not only do they become idlers, but also gossips and busybodies, saying things they ought not to.”

It should be obvious that the practice of gossiping needs a very big rethink.  But that is just the problem.  Because it has become a pattern of behaviour for many people they do not think about it at all; it just seems to be natural.

And it is!  Gossiping is natural for the ungodly person who seeks to gain power, position, prestige, popularity, and a perverted kudos from stealing other people’s personal information and hawking it round like door-to-door salesmen.

When people come to Christ, gossip - along with lying, thieving, murdering and coveting - should be left at the foot of the cross … and never picked up again.  But for many people it becomes such an ingrained habit that they need active discipling to help them to change.

The 1st step is to recognise that gossip is wrong.  It is a Satanic tool.

The 2nd step is to confess it to God and repent of the attitudes that lie behind it.

The 3rd step is realise that you do not need to gossip in order to be noticed.  God has already made you special in Christ!

The 4th step is to determine only to say things which are true and totally kind, and never to use information about somebody else’s life in a way which would degrade them in any way.  Ask somebody else to remind you when you fall down the gossip hole.  Establish a new pattern of talking, for God’s sake!

This is a wake up call … so let’s wake up, stop talking in our sleep, and not gossip!