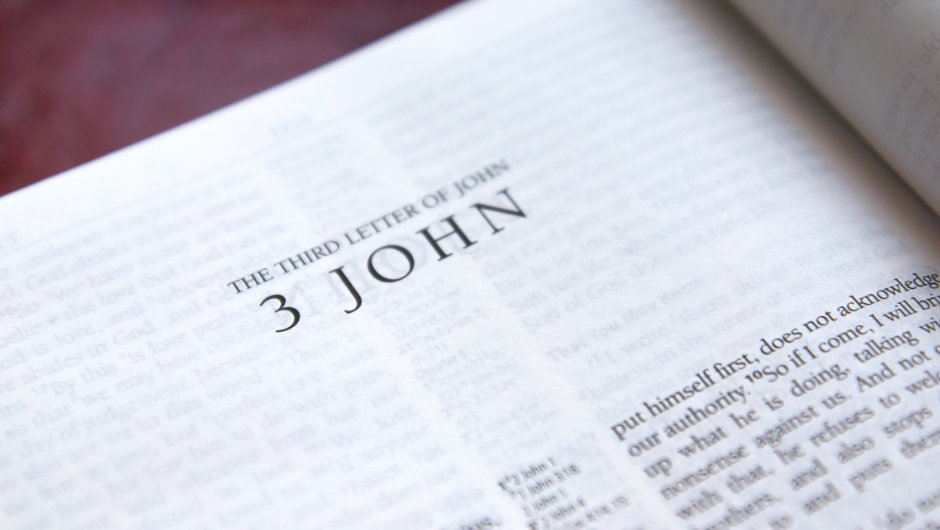 This third Letter of John is the second shortest book in the New Testament, after 2 John.  John, the Apostle and closest friend of Jesus, wrote this letter - probably from Ephesus where he spent the last years of his life.

It is addressed to Gaius, a church leader, but was clearly intended for the whole church.

In those days it was normal for travelling teachers to be given hospitality in the homes of members of the churches when they visited.  But as in 2 John, travelling preachers should not be welcomed if they do not teach the apostolic gospel.  All kinds of false teachers wanted to impose their heresies on others, and churches were being wrecked as a result.

But in 3 John, John commends Gaius for looking after true teachers so well.  It was important that they were cared for, so that the Gospel could be communicated speedily across the Roman Empire.

John’s purpose is summarised in verse 11 ‘Do not imitate what is evil but what is good’, as illustrated by:
1)    Encouraging his faithful co-worker, Gaius (v1-8).
2)    Condemning the behaviour of Diotrephes, a dictatorial leader who had taken over one of the churches in the province of Asia (v9-10).
3)    Commending the example of Demetrius who had a good testimony from all (v11-12).

Gaius is included in the Bible for his warm hospitality, Demetrius for his life, but Diotrephes’ attitude towards people was wrong: he ‘liked to be first’ (v9).

Prayerfully assess the characters of the people you emulate.

You are a role model for others

Your love and kindness will be precious to the church you are part of and valued by God.  Make sure that your actions are worthy of commendation.