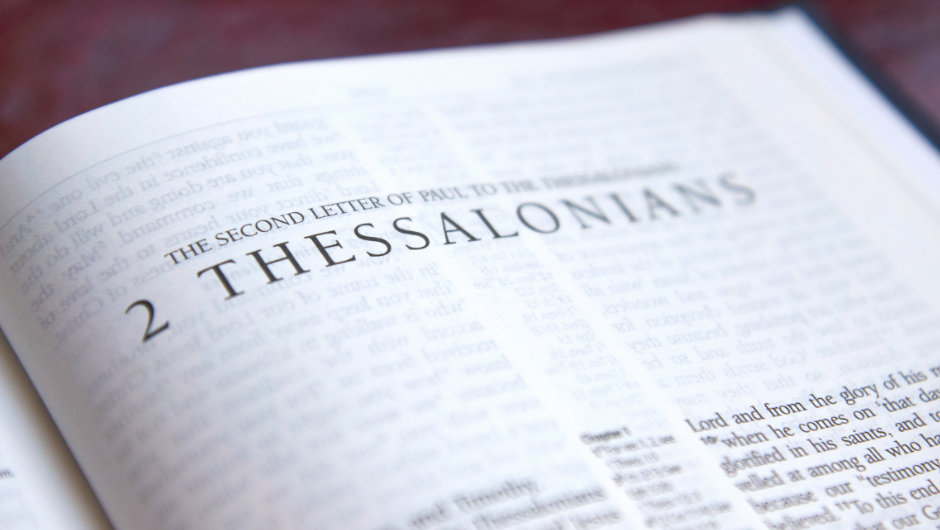 Thessalonica was a seaport on two important trade routes, the largest city in Macedonia and the capital of its province with a population of around 200,000.

Paul started the church in Thessalonica when he spent three weeks there (Acts 17:1-9). He left the city quickly when his opponents created a riot. It seems from 1:4 that opposition and persecution continued in Thessalonica.

Paul wrote his first letter (1 Thessalonians) not long after he left, and this second letter about six months later. Three big challenges faced the church in Thessalonica: fierce persecution (chapter 1), a false teaching (chapter 2) and disruptive believers (chapter 3). The first two problems came from outside the church, but the third problem (chapter 3) arose from inside because some believers were being lazy and disruptive.

We do not know where the false teaching came from but in 2:1-2 it seems some opponents or false teachers had written a letter and sent it to the church - but signed it in Paul’s name. That letter said that the Day of the Lord had already happened. Not surprisingly, the church was confused. At the end of the letter (3:17), Paul tells them how to distinguish between a fake letter and a genuine one.

Paul wanted to encourage the church in the midst of persecution, correcting wrong impressions and false teaching; explaining that the Day of the Lord had not happened and rebuking those who were being lazy. The heart of the letter is 2:15-17. Like the church in Thessalonica we need to stand firm in the face of opposition, to hold on to the truth in God’s Word only doing and speaking what is good. Wonderfully we have God’s strength and encouragement to do this.

Justice is coming because Jesus is coming!

There are times when life seems unfair. Those who do evil things seem to get away with it while the righteous suffer. In chapter 1, Paul reminds us that one day the Lord will judge all people justly and those who bring evil will have to face Him. When the ‘man of lawlessness’ is revealed, life will be unbelievably difficult. But God will have the last word (2:8). For believers, the Day of the Lord will be a glorious day (1:10). Every day before that great day is an opportunity to display how glorious Jesus is (1:11-12).

Check your Bibles – Jesus has not come yet!

Chapter 2 concerns an alarming report that Jesus had already come. But it was not true. Paul reassured the believers that Jesus will not return before there is great rebellion against God led by ‘the man of lawlessness’. Throughout history, opposition to the church has often been very fierce, and false religion has dominated; but this chapter prophesies that there will be a particularly difficult time just before the Lord returns. Many details in this chapter are not clear now (but will be when they take place).

What is clear is that we should not be terrified when times are very tough, nor let ourselves be deceived by lies about Jesus. Just because someone says they have a prophecy or a ‘Word from the Lord’ does not mean that it is true. All prophecy and teaching should be tested. We must always check that what we hear is consistent with what the Bible teaches.

It is not easy to obey the commands of Jesus. Chapter 3 begins with prayer and encouragement because the Lord is faithful to keep His promises and will bring strength and protection. The main command in chapter 3 is to work hard and not be lazy or disruptive. Some were tempted to give up work, assuming that the Second Coming was imminent and therefore thought that earning their own living was not important to God. That attitude was wrong - not holy but selfishly lazy – making themselves dependent on others and causing trouble to the church. The way we work should be a blessing to those we work for and with. Do not waste the opportunity.