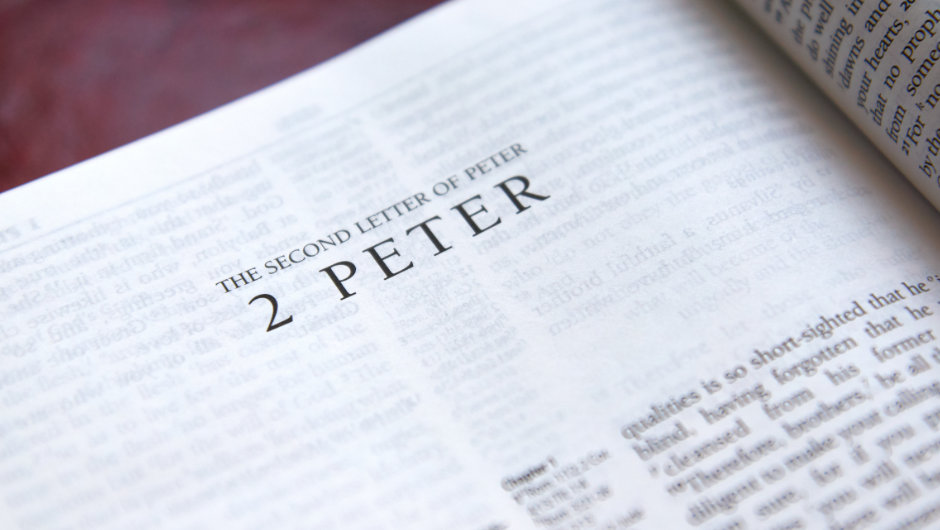 Peter, the lead apostle of the twelve who followed Jesus, wrote to Christians scattered throughout Pontus, Galatia, Cappadocia, Asia and Bithynia – all areas in what is now Turkey (1 Peter 1:1; 2 Peter 3:1). Many of these places are not recorded as being evangelised in the book of Acts. We are specifically told that the Holy Spirit prevented Paul from visiting Bithynia (Acts 16:6-8), but other Christians did go there. We read in 2 Peter 3:15 that ‘Paul also wrote to you’ which would include the churches in Colossae and Ephesus.

Peter says that he knows he will soon die (1:13-15). The style is in the form of a farewell speech. Peter wrote with urgency, warning the church not to move from the truth uniquely set down by the Apostles - knowing that his teaching would continue to be used after his death. It is thought that Peter was martyred in Rome and it is likely that he wrote this letter from there soon after 1 Peter, around the mid-60s AD.

We have noted that Peter was keen to share teaching before his own departure (1:15), his death. From the tone in chapters 2 and 3 he believed that the church would suffer from false teaching, after he dies. This was especially likely if it was written after the death of the Apostle Paul. Losing two major apostles within a few years of one another would make the church very vulnerable.

Paul himself had predicted false teaching in what is now Western Turkey (Acts 20:29-30), and wrote his letters to warn of the dangers. Peter asserts his own apostolic authority and confirmed that Paul’s letters were also divinely inspired (3:15-16). It was important that the church worldwide knew that the two major apostles within the Roman world, Peter and Paul, preached the same message which Jesus gave to his Prophets and Apostles (1:12-21).

Hence the summary message of 3:17- 18 sums up the purpose well: ‘Therefore, dear friends, since you have been forewarned, be on your guard so that you may not be carried away by the error of the lawless and fall from your secure position. But grow in the grace and knowledge of our Lord and Saviour Jesus Christ. To him be glory both now and for ever! Amen.’

Peter reminds us to make growing as a Christian our top priority. Just as we would be concerned if a child did not make progress year on year, we must look to see our own life in Christ develop in maturity - as we read and pray and put the truth into practice. In chapter 1, Peter reminds us that we will only grow if we trust the Bible as God’s reliable word. We must hold to the truth that the apostles had established and wrote down in the New Testament.

It can be hard to recognise false teachers. They do not come into church announcing that they will lead people astray. In chapter 2, Peter warns us of teachers who add to the gospel, talk a lot about angels and demons, and change the Bible’s teaching on what is right and wrong. In chapter 3, Peter warns that false teachers change or twist what the Bible says. Some churches today treat the Bible lightly and twist what it says to suit what they want to hear. We can be tempted to treat truth lightly. We must take care to make sure the teaching we hear in church, online or read in books is validated by what is written in the Bible. Peter warns that God will act against those who lead others astray, but He promises to rescue His people.

As Peter faced his own death, he knew that the Christian church would struggle unless it held firmly to the true teaching of the apostles. This letter reminds us of the importance of reading the Bible for ourselves, so we are not led astray.

The false teachers denied that Jesus was coming back. In chapter 3, Peter says that we should be certain that Jesus will return. He reminds his readers of the flood in the Old Testament when God acted in judgement. We do not know when the Lord will come to judge the world and so we must be ready every day. We must urge people to repent and be saved. As God’s people, we should be looking forward to heaven.