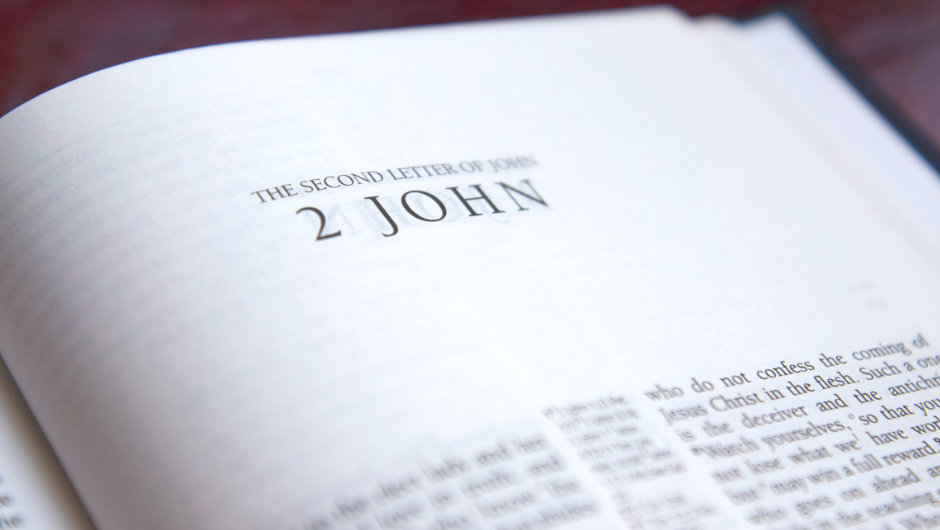 This second Letter of John is the shortest book in the New Testament.  John, the Apostle and closest friend of Jesus, wrote this letter - probably from Ephesus where he spent the last years of his life.

It is addressed to ‘the elect lady’ which some have argued was describing ‘the Church’.  This is because the Church is often described in Scripture in female terms and as a bride.  But it could simply be written to a woman who played a key role in a local church which may have met in her house.  John wrote that he was looking forward to visiting.

As the Christian faith spread in the first century, some people did not like the Gospel message as preached by the Apostles.  John knew that false teaching would damage the church and take its members away from the life that that they were enjoying as followers of Jesus.

In those days it was normal for travelling teachers to be given hospitality in the homes of church members when they visited.  But John was warning the lady, her family and church not to welcome false teachers (v10).  He says such teachers are ‘… deceivers, who do not acknowledge Jesus Christ as coming in the flesh, have gone out into the world.  Any such person is the deceiver and the antichrist.’(v7).  Their work of teaching falsehood is described as ‘wicked’ (v11).

John wrote to encourage the church to walk in the truth (v4) and demonstrate their love by obeying God’s commands (v6).  To walk in truth and love would mean that the church must reject false teaching (v7).  Specifically, John warns of the danger of welcoming or supporting false teachers, and their work (v10-11).

Christian communities should encourage hospitality and warm acceptance of one another.  But there are times when church leaders must guard the church from teaching that could lead believers to drift away from the Gospel.  We would be extremely foolish to behave as if that did not matter.  A godly church will not invite visiting preachers and teachers who distort Bible truth – however exciting and appealing they may sound.

This letter will not take long to read, but it might save you and your church much grief if you put its simple message into practice!