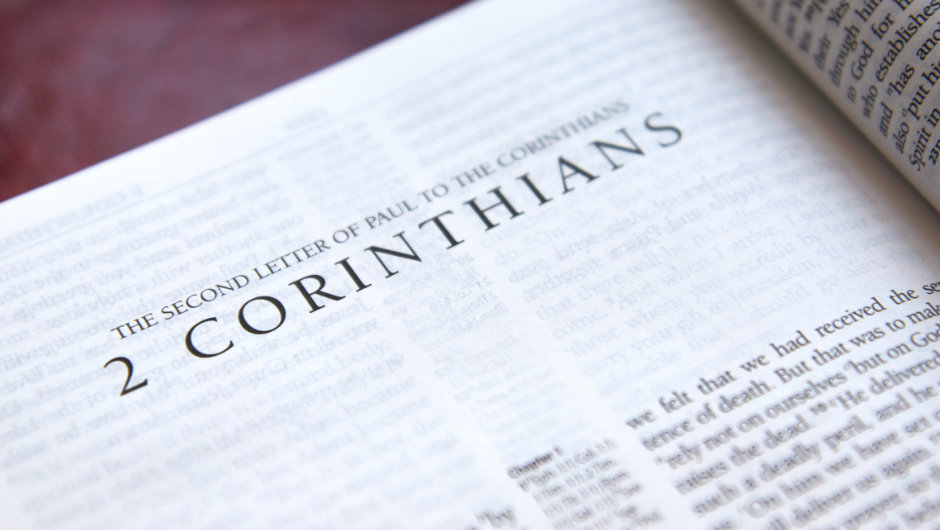 Corinth was an international city. In the first century it had two seaports, one each north and south of the isthmus. Many different nationalities visited and lived there. It was a wealthy city where the famous Isthmian games (like the Olympics) were held. Worship in the pagan temples encouraged immorality as part of the culture. The city had a reputation for encouraging people to live for pleasure and behave as they wanted.

Paul knew the Corinthian church well. It was one of the churches he founded and remained with over a period. According to Acts 18:11 he was there for over 18 months, probably in AD 50-51. It is likely that Paul left Corinth in the autumn of AD 51.

To understand why Paul wrote this letter - we need to combine what we know from the book of Acts, with the hints given in the two letters we have to the Corinthian church. Paul wrote 1 Corinthians to correct the church and answer their questions. It seems that although they responded well to some of Paul’s teaching, things got worse and he had to make a “painful visit” (2:1). After that, Paul sent Titus with a strong letter (2:3-4, 7:8-12), which is not included in the New Testament. It appears that he might have written another letter as well.

Around AD 55, Paul met one of his co-workers, Titus, in Macedonia, who told him that the Corinthian church was making progress (7:6-16). While in Macedonia he wrote 2 Corinthians ahead of a further visit to Corinth in the winter of AD 55-56 (Acts 20:3; 2 Corinthians 12:14). It seems that Paul visited Corinth at least three times and might have written four letters to them. We have the second (known as 1 Corinthians) and the fourth (known as 2 Corinthians).

This letter was written to the relatively new converts in the church – from both Jewish and Gentile backgrounds. Corinth was a significant international city, a port, with many different nationalities. But Corinth’s reputation of encouraging liberal morality impacted the Church. Believers were struggling to follow Jesus rather than the culture. Paul wrote to encourage them that God’s grace is sufficient to help them respond in the right way to the Word of Christ (1:1-2, 13:11-14).

As we saw in 1 Corinthians, the Church in Corinth had a wrong understanding of Christian leadership. Some leaders in the church wanted the believers to reject Paul, saying that he could not be trusted. So, Paul defended his role as an apostle and dealt with their misunderstanding of his actions. The Church had preferred to follow other so-called ‘apostles’ who were dragging the church away from sound doctrine. And so, as humbly as he could, he explained that God had given him the role of Apostle for their benefit. This is the main theme in chapters 1-7 and also 10-13.

Paul also wrote to encourage them. He had said some hard things in the past and now he wrote to tell them of his joy that they have responded well. We see this especially in 7:5-16.

At the time of this letter Paul was on his way to Jerusalem to take a gift from the churches because many of the Christians were struggling in great poverty. Paul urged the Corinthians to be as generous with their money as the Macedonian church had been, in response to the generosity of Jesus to them. This is the main theme in chapters 8-9.

This is one of Paul’s most personal letters. He needed to assert his authority as Christ’s appointed Apostle to restore their affection for the Lord Jesus and the gospel.

The church in Corinth, as in many places today, viewed human strength as proof of greatness and circumstantial trouble as proof of failure. In this letter we see how God reverses that idea. He takes what is low, despised, and weak to accomplish His purposes. God displays His power in Paul’s weakness. He helps us to understand that Christian leaders are called to serve, suffer and struggle. Pride and self-assurance are enemies of growth and usefulness.

Christian leadership is servant leadership. Paul shows how to lead the body of Christ by pouring out his life for others as Jesus had taught and demonstrated.

We see how we can be reconciled with other repentant believers, including those who have led the church astray (2:5-11). Paul also wanted the church to get right with God so that they could be reconciled and restored in fellowship. Our unity through faith in Jesus urges and enables us to sort out misunderstandings and put wrong relationships right wherever possible.

Two chapters are about giving, and there are plenty of lessons in the letter about using money wisely, in the light of God’s generosity. Even if we have very little money or possessions, we can be generous with what we have. Paul reminded the church about the Macedonians who were very poor and yet generous-hearted. We are wise to do the same.